We build old cars for rFactor

Here's what I've gathered during countless (at least I didn't count

1) User Interface:
It was something I've been very curious about. UI of Mercedes SSK 1928 had this retro touch I liked with song fitting perfectly. Fortunately, GP37 has this great vibe too!

I know Wolfgang made Auto Union sounds some time ago, maybe even years (don't remember exactly), but it's nothing compare to what you're experiencing while trying to tame silver beasts with your own virtual-hands. I knew he's a genius, but this is his greatest effort in my opinion. Like in HistorX mod - low-rev slow driving is something amazing. Those engine sounds shouldn't be bothered by any other sound, and I know there should be wind blowing sounds audible in the cockpit, but I can't deny myself the pleasure to quiet them down in the upgrades - good there is such an option.

3) Force Feedback:
Now here I had a hard nut to crack. My wheel went berzerk in first few seconds, so I instinctively go with right CTRL + Num2, and what was my surprise when I found out there is literally no default force feedback. I've made my peace with realfeel now, but it was pretty long time till I did. Neither default nor the one from 'Static-cams_Realfeel' folder .ini file was good for me. Maybe I'm oversensitive about it, but those were too hard on my steering wheel. It's pretty old now, and doesn't belong to top-shelf steering wheels, but it's the only one I got.

4) Physics:
Now I can say, I perfectly understand what Lukas had in mind when he said: "Full throttle doesnt happen too often." It was about Masaryk, and I thought "pfff, yeah, right - there's so many straights that this guy gotta be kidding", but tonight I saw for myself - Mercedes and Auto Union are hard to drive even on straights! I thought some months ago that it would be fun to do some power understeer here and there, but I'm not able to do that without messing too much. I always try to behave like guys in real life, and I will have to get use to those cars. Surely, those aren't F1 nor gokarts, so it will take time to drive like Caracciola. Now I'm driving more like Lang during his 1962 demonstration lap at Nurburgring

I am not a fan of this solution because let's face it: most people are going to use zero timings no matter what hardware they use. So all cars have big timings, as real gearboxes weren't very fast, and high clutch inertia

I like that very much. For example DRM mod disappointed me very much in that matter, I was afraid a little that GP37 will have auto blip/lift method. That would be awful, so glad you made that one right!

5) Cams:
I have to say I prefer default cams over those from mentioned earlier 'Static-cams_Realfeel' folder.
It looked weird at first, but now I'm addicted to this type of bend-driving. With 50% of "look ahead" and 50% of "head movement" - driving from the cockpit view suits me fine. Even feels very realistic. Requires some different driving habits, but once you're there - you don't want to change it, ever. Now, Mercedes '28 had something similar, I think, but speed was totally different hence the overall effect is different too.

6) Visible things:
Car models, drivers, gauges, cockpits, tires, you name it - all looks astonishingly good! Before I started my first drive with this mod, I sat there in the spinner, and was just looking at the cars, over and over again. Great quality. I really don't care if there are some differences with real-life models. It's not that important to me, though those look like were 100% matched with the real ones

Real eye-candy for everyone, especially historic/vintage cars junkhead like me. And one of the best surprises of all - mod is very easy/light on FPS.

I think that's it. Made quite a reading for you guys, sorry bout that.
But it's not all that good with the feedback, you know... No. There's one thing I'm not so happy about - bags under the eyes! You guys just gifted those to me, because it's 3:50 AM now, and I have pretty hard day ahead. But the fact I've resigned from my good appearance to have some quality time with this mod is a better feedback I could ever give.

I know there's other thread for bugs reports, but I have anything to report now. Hopefully, that thread will remain empty, as I know you as a team made everything possible to release perfect mod.

It's time to end this feedback with a big and fat THANK YOU VERY MUCH to all guys in the team for making it, and for sharing with people as well. Appreciate it. 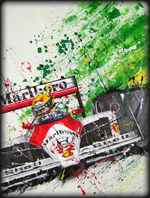 I'm glad you liked hex, and thanks for your feedback.

Now go get yourself some sleep, otherwise you will be half-dead tomorrow, acting like a zombie. 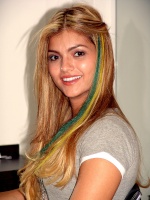 Thanks you very much, nice to hear

I hope too the bugs thread was needless to make..

The pleasure was all mine, guys!

Thanks for your concern, Diego! I managed not to crash my bike today, and didn't even scare that many people with my 'zombieness'

Just downloaded and installed. No problems at all. Now to do some off-line testing. Thanks to everyone for an outstanding vintage mod.

Great mod!!! Huge fun on avus, Great job and Thanks a million guys!!!!

My only concern are the steady cams, as they are very far from the dash and sometimes they get behind the driver's chair (specially in the Alfa) and I tried putting the FOV to the minimum.

I think I can tell now that I fully understand those cars. Sure, it's been a solid amount of hours spent with them, but it was well worthy. So a little tip for all people who think can't handle those physics - don't give up. It's almost the same as with HistorX mod where you either love or hate the physics. I love HistorX' physics, and I love GP37 physics. Very tricky to drive, yes, but at least you know you're alive, if you know what I mean, guys

Now I can predict cars' behaviors, and setting them up in the garage seems more logical than before. That's the progress I was hoping for.
The only thing which literally puts me to tears is my DFGT's deadzone

It's about 10-15° and it makes unbelievably hard to keep the car (Auto Union in particular) steady on straights.

I spotted something coming out from driver's neck - *zoom in* - WOW, that's a scarf

Details - 'little' things reminding about all the hard work put in this mod. Taking screens is real pleasure with such a beautiful models. Real-alike quality!

By the way, Lukas, I made my way to Rouen while the server was still up, but couldn't drive, because of .GDB mismatch. Unfortunately, I have all my tracks sorted (in folders with .scn, and in rFactor's track selector with .gdb). I have sorted DTM tracks, F1, Historic, Fantasy, V8 etc. Just for your info if you saw me on the server with the mismatch, and thought to yourself "hex is cheating" - no, I'm not.

When I came home I saw you joined the server and I know you weren't cheating - it displayed .gdb mismatch

. I always run tracks in the form I download them.
It would be cool if track names didnt cause mismatch. I also have all my tracks sorted. So whenever I want to go online, I need to backup the whole folder and replace it with unchanged. I also like to decrease grip on old tracks, which again mismatches (but thats logical, there cant be different grip for everybody lol).
Few minutes ago I had my first online race with these cars. 8laps at rouen with 10ppl and some AI. Some cars crashed but was nice and fun.

One more thing I noticed yesterday was that the Auto-Union doesn't have a straight steering. Was that meant to be, or is it a small mistake?

Just wanted to let you guys know how much I'm enjoying this mod. I hope you will publicise it amongst historic racing enthusiast groups - Vintage Sports Car Club etc. It was great to watch a couple of 1930s ERAs racing at the VSCC meeting at Mallory Park at the weekend and then go home and 'simrace' them in rFactor.

The only minor problem I'm having so far is that some of the AI GP cars seem to find it difficult to stay on the road at some tracks (Brooklands at the start, Tripoli when overtaking on the back straight) but this is probably more the fault of the original trackmakers than your mod.

I really hope you will continue to develop this fantastic mod. For me this is the most important development in sim racing since GPL. Of course you'll probably find that the voiturette class is more popular online as its easier to drive. If so you might want to think about working on new cars for this class. My personal favourite would be Dick Seaman's Delage 1.5 - a car in which he won three GPs in a matter of days in 1936 and led to his Mercedes contract.

Doing the AI was a bit nightmare, spent tens of hours on it and just couldnt make them perfect but on most tracks they drive pretty ok, if with boring driving style maybe. Too much torque for AI...